Share a memory
Obituary & Services
Tribute Wall
Read more about the life story of Rose and share your memory.

Rose D. (Mellis) Jackson, age 80 passed away on Monday afternoon, January 9, 2023 at Johnson Memorial Hospital in Franklin. She was a resident of Brown County.

Rose was born February 11, 1942 in Shelbyville, to her parents, Norman and Virginia (Fisher) Mellis. She attended Arsenal Tech High School in Indianapolis. Rose was a loving wife, homemaker, mother, sister and grandmother. She enjoyed fishing, visiting yard sales and doing crafts. Rose also enjoyed tending to her vegetable garden and rose bushes. She was an animal lover, except for snakes.

She was preceded in death on March 19, 2019 by her loving husband of 46 years, James W. ‘Jim’ Jackson, whom she married on November 27, 1972 in Indianapolis. Rose was also preceded in death by her parents; and a son, Steven Jackson.

The Rev. John Parsley will conduct a funeral service at 1 p.m. on Friday at Meredith-Clark Funeral Home Cremation & Personalization Center, 179 E. Mulberry Street in Morgantown. Friends may call from 11 a.m. until service time on Friday at the funeral home. Burial will be at the Sprunica Baptist Church Cemetery in Brown County.

Condolences may be made online to the Jackson family at meredith-clark.com.

To send flowers to the family or plant a tree in memory of Rose D. (Mellis) Jackson, please visit our floral store. 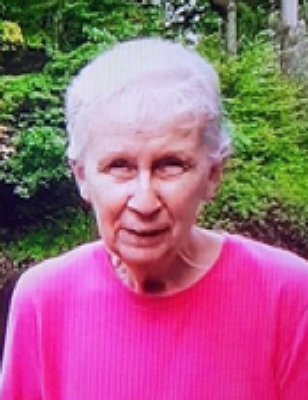