Share a memory
Obituary & Services
Tribute Wall
Read more about the life story of Lee and share your memory.

Lee A. Erhardt, age 76 passed away peacefully Wednesday evening, January 18, 2023 at Brown County Health & Living Community, in Nashville.  He was a resident of Brown County.

Lee was born December 4, 1946, in South Bend to his parents, the late Carl R. and Ruth “Poof” (Snyder) Erhardt. He was a 1965 graduate of South Bend Central High School and went on to earn his Degree from Purdue University in 1969 where he double majored in Business Administration and Marketing with minors in Business Law and Economics. While at Purdue, Lee belonged to the Pi Kappa Alpha Fraternity.

Lee worked in Sales throughout his life. After graduating from Purdue, he took a position at General Mills as a Sales Representative in Rockford, Illinois and later worked for IBM, where he was invited to the training center in Dallas because he was excelling in his career.  Lee became the sales manager for the Air Starter Division for Ingersoll-Rand Corp, which took their family from Houston to New Jersey. He later worked in Sales in Lexington for CopyCorp and later became the Sales Manager of the Copy Division for Maxwell Office Products in Bloomington, Indiana.

In his free time, Lee loved taking trips with his wife around Indiana on his Sunset Red Touring Harley Davidson. He enjoyed playing racket ball, spending time with friends shooting pool at the house and in earlier years, driving his ’77 Silver Corvette. Lee also enjoyed collecting pieces by artist Dick Ferrer, walking in the woods and spending time in their late son’s memory garden.

A Celebration of Life Service will be held at a later date. Services have been entrusted to Meredith-Clark Funeral Home in Morgantown.

In lieu of flowers, memorial contributions may be sent in memory of Lee to Our Hospice of South Central Indiana: 2626 17th St, Columbus, IN 47201 or to Brown County Health & Living "Memory Care": 55 Willow Street, Nashville, IN 47448

To send flowers to the family or plant a tree in memory of Lee A. Erhardt, please visit our floral store. 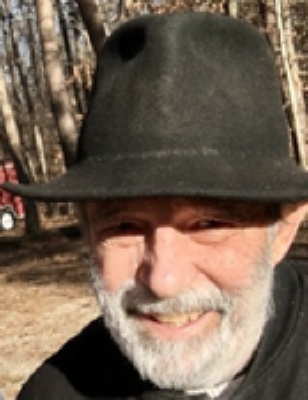 Family and friends are coming together online to create a special keepsake. Every memory left on the online obituary will be automatically included in the book.

You can still show your support by sending flowers directly to the family, or by planting a memorial tree in the memory of Lee A. Erhardt
SHARE OBITUARY
© 2023 Meredith – Clark Funeral Home Cremation & Personalization Center. All Rights Reserved. Funeral Home website by CFS & TA | Terms of Use | Privacy Policy | Accessibility