Share a memory
Obituary & Services
Tribute Wall
Read more about the life story of Kenneth "Ken" and share your memory.

Kenneth L. ‘Ken’ Minett, age 82 passed away peacefully on Wednesday evening, January 4, 2023 at St. Vincent Hospital in Indianapolis. He was a resident of Franklin.

Ken was born June 2, 1940, in Indianapolis, to his parents Orville K. and Christine (Hall) Minett. He was a 1958 graduate of Trafalgar High School and went on to graduate in 1963 with an Engineering degree from Purdue University. Upon graduation, Ken received a commission in the U.S. Army Corps of Engineers and proudly went on to serve his country with the United States Army in Germany and Virginia from 1964-1967.

He married Connie Burgett on January 24, 1964 at the Fair Haven Christian Church in Trafalgar. She survives as they were married for nearly 59 years.

Ken retired from his Civil Engineering career in Client Relations in 2017 from Butler Fairman & Seufert in Indianapolis. Prior to that, Ken worked 25 years for SIECO Engineering in Columbus. He loved his career and the relationships he gained with clients and coworkers. This was exemplified by steak dinners, euchre games, and the sharing of chocolates.

In his free time Ken enjoyed researching genealogy, woodworking, and playing euchre. He will be remembered most for his generosity, his ability to never meet a stranger, love of family and love for Purdue evidenced by trying to recruit every graduating senior he met.

He will be greatly missed by his wife Connie Minett of Franklin, children Brent (Jeanne) Minett of Noblesville, Kendra (Mark) Ver Steeg of Franklin, Kyla (Todd) Zastrow of Mattoon, Illinois, Brandon (Jasmyne) Minett of New Albany; siblings, Etna White of Morgantown, Margaret Nelson of Greenwood, Juanita Graham of Bargersville, Jack (Sandy) Hamblen of Nineveh, and Judy (Roger) Hall of Peoga. He shared many a bowl of ice cream with his grandchildren, Joel, Joshua, Emily, Sarah, Colin, Layla and Jaxon. He was “Uncle Kenny” to several nieces and nephews.

Ken was preceded in death by his caring mother, Christine Hamblen.

Pastors Brandon Minett & Brian Clark will conduct a funeral service at 11 a.m. on Wednesday at the Fair Haven Christian Church: 1476 W 300 S in Franklin. Friends and family may call from 4-8 p.m. Tuesday at the church. Arrangements have been entrusted to Meredith-Clark Funeral Home in Morgantown. Burial will be at First Mt. Pleasant Cemetery with military rites presented by the United States Army and the Johnson County Honor Guard.

Memorial contributions may be sent in memory of Ken to the Fair Haven Christian ‘Building Fund’ P.O. Box 320 Trafalgar, Indiana 46181.

Condolences may be sent to the Minett family at www.meredith-clark.com.

To send flowers to the family or plant a tree in memory of Kenneth "Ken" L. Minett, please visit our floral store. 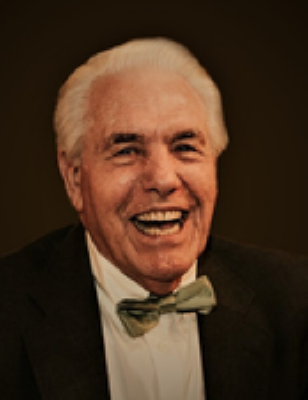